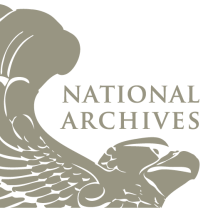 In this post from last December, I commented on NARA’s release of their Universal Electronic Records Management Requirements and suggested that it was the beginning of the government’s steady march toward implementing next generation records management solutions across the Federal government.

In January, NARA moved another step forward by creating its Electronic Records Management Federal Integrated Business Framework (ERM-FIBF), modeled on the Shared Solutions and Performance Improvement office’s Federal Integrated Business Framework.  The ERM-FIBF is designed to provide an end-to-end roadmap for agencies to move their records from on-premise repositories to a cloud-based infrastructure.

And on March 22, NARA announced that it will soon host a market research day to encourage vendors and consultants to create electronic records management solutions based the Universal Electronic Records Management Requirements and the ERM-FIBF framework.

These are all exciting, positive developments. But it is critical that Federal agencies – as well as commercial software and services providers – understand that these new services are not simply changes in technology.  Instead, these new solutions will be primarily policy and procedure driven solutions that simply leverage the most innovative technical tools available.

Not only does this imply a completely new paradigm for agency enterprise records management, it also means that the biggest challenge agencies will face will not be the result of technical innovation.  It will be managing the resistance to change that these new solutions create.

Until agencies understand – and proactively manage – the cultural challenges that these new solutions will create, these new NARA developments will struggle to be effective.